Book One in the Saving Shenanigans Series 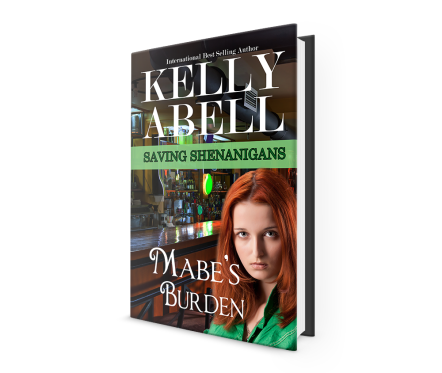 Hot tempered, Mabe O’Banyon will do whatever it takes to keep the family’s Irish pub, Shenanigans, out of the mob’s dirty hands. She quickly learns, though, their attorney and the bank will offer no help. So, she calls in the reinforcements–Mara and Meg. She hasn’t seen her two sisters for years, but her desperate message brings them running.

Commercial real estate developer, Aaron Shaw has a secret. He arrives in Monticello, FL, expecting to purchase a quaint Irish pub and move on to his next conquest. But the transaction doesn’t take place as planned–in fact, it doesn’t take place at all. The hardheaded owner–a stunning redhead with curves that don’t quit–isn’t selling.

With time running out and the mob on their heels, sexy hero Aaron wants nothing more than to save the woman he’s fallen for from impending danger. Mabe is torn between love and loyalty with a man she loves but can’t trust, and the need to hold on to her family’s pub. Their choices lead them down a path neither could have guessed.

FREE on AMAZON Kindle and BARNES AND NOBLE Nook