Meet the Characters: Harvey – Daphne’s dog in Secrets of a Wolf

I thought you might enjoy meeting some of the characters of my books. Particularly the four-legged ones. 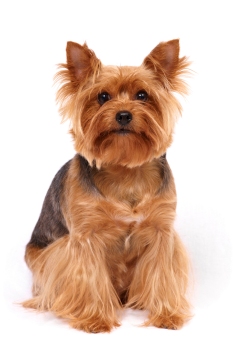 Harvey belongs to Dr. Daphne Valentine, the heroine in Secrets of a Wolf. Daphne has a special ability. She can communicate with animals. They send her visions of their thoughts. The first time we meet Harvey, her beloved Yorkshire Terrier, she is moving to Spirit Rock for the first time.

Harvey is a fun loving pooch who doesn’t trust easily. You find out why later in the story, but he adds humor, fun and love to Daphne’s life.

Here’ s a short scene to introduce you to Harvey from Book 1 – the Guardians of Spirit Rock Series- Secrets of a Wolf.

“Let’s get the rest of our stuff, Harvey. I have a broom, dust pan, and vacuum in the car. That should go a long way to cleaning up allergy city.”

She stepped onto the porch and surveyed the landscape surrounding her. In the distance stood the beautiful Black Hills. “The Land of the Sioux,” she told Harvey.

The little dog chuffed, left the porch, and peed.

She approached her car and opened the trunk. In the process of placing her bags on the dusty two-wheeled path her car had taken to the cabin. Harvey barked and snarled. He’s seen a rabbit. Poor thing, he’ll see more than one strange thing out here.

The barking grew frantic. She peered around the trunk lid. “What is it?”

The Yorkie immediately sent her visions of a very large black wolf. Surprised, she joined the hysterical dog. Wolves, in this part of the country? And a black one. Surely, he’s mistaken. She glanced in the direction he barked, shielding her eyes from the midday sun. Sure enough, at the edge of the forest stood a very large black wolf.

Harvey gazed up, giving her his I told you so expression.

She reached out with her senses to see if she could communicate with the creature, but it stood too far away. She treasured her special talent to communicate with animals—until last month in Seattle when said gift had ruined her career as a K-9 handler/vet for the Seattle Police Department, and taken from her the one man she loved with all her being. Not all animals could be trusted, a lesson she’d learned the hard way. Her partner and fiancé lost his life, and she’d lost her job. Now, her ability didn’t seem like much of a gift. She shivered. Pushing the pain from her mind, she reached out to the wolf a second time.

After a moment, she blew out a breath. “Too far, Harvey.”

Taking a few steps in the direction of the majestic animal, she tried to guess its weight. Twice as large as any German Shepherd, it had to weigh close to a hundred pounds. She couldn’t determine eye color, but his coat was solid black, with the exception of a distinctive small patch of white fur atop its massive head. “What a beauty.”

Harvey stared at her.

She reached down and picked up the trembling dog. “It’s okay, boy. I’m not going to let it hurt you.”

The small dog licked her face, sending her a feeling of trust and love. She smiled.

“Here, I’ll put you back in the cabin while I get the rest of the stuff.”

“Well, it’s either out here with the big bad wolf, or its inside with the dust. Which will it be?”

The little dog whined, but sent her a picture of the inside of the cabin.

As the book progresses, Harvey becomes a key character in helping Daphne solve a serious problem of the heart.

I hope you enjoyed meeting Harvey. If you’d like to read more Or Listen to the Audio version visit the Secrets of a Wolf Page.

I am a writer, blogger, and graphic artist. My aim for you is to utilize this blog to help you improve your writing skills, and to educate you on the publishing business. If you need help with writing, want to self-publish a book and need advice, or just want to kick a story idea around to see what works best, that's what I'm here for. As I gain knowledge from editors and publishers, I will share that knowledge with you. As writers we should always strive to improve our craft and grow. A day should not pass where you haven't learned or tried something new with your writing. Many thanks to my Night Owl Friend, Lea Ellen Borg for editing my posts! Best to you and all your characters and stories. Write on, my friends...Write on.
View all posts by Kelly Abell →
This entry was posted in Meet The Characters. Bookmark the permalink.